EXPLAINED – perhaps poor timing, but it’s not all bad.

Last week, the AAP updated their guidance on breastfeeding.

There was a slight uproar on social media due to the timing of the statement release and misinterpretation of their guidance with this breastfeeding policy update.

It was released when Roe v. Wade was overturned, The PUMP Act failed to pass the Senate, and in the middle of a mass formula shortage.

Many felt the timing was poor and I have to agree.

But I did want to explain their recommendation with breastfeedinG in more detail as it’s not all bad and has good intent.

For the record, I’m a Pediatrician and IBCLC (lactation consultant).

I also formula-fed our son Ryaan, which was the best decision for our family.

To read more about becoming an IBCLC, click here. For more about my traumatic birth, which includes my decision to happily formula feed our son being a pro-breast milk and pro-formula Pediatrician, read here.

Before we continue, remember that being pro-breastfeeding doesn’t mean you have to be anti-formula. And being pro-formula doesn’t have to make you anti-breastfeeding. I am both a proponent of lactation education and formula education so caregivers can make their own decisions free of shame or guilt.

Here is their new policy statement on breastfeeding. Let’s tackle each of their points (followed by my comments):

Recommendation: Exclusive breastfeeding for the first 6 months. There is no need to introduce infant formula or other sources of nutrition for most infants. Beyond 6 months, breastfeeding should be maintained along with nutritious complementary foods.

Comment: The AAP has recommended exclusive breastfeeding for the first 6 months as long as I can remember. There is nothing new to this statement.

Diving deeper into my feelings on exclusive breastfeeding recommendations: Breastfeeding has many benefits, but that doesn’t make formula far inferior in any way. Formula is an adequate source of nutrition. I discussed the shortcomings of breastfeeding research on this podcast episode.

In their policy statement, they include this: “Not everyone can breastfeed or continue breastfeeding for as long as desired for various reasons, including workplace barriers. Families deserve nonjudgmental support, information and help to guide them in feeding their infant.”

I believe this to be true and it’s how I practice as well. However, saying “there is no need to formula feed”, doesn’t sound nonjudgmental in my opinion.

In regards to the introduction of other sources of nutrition, I discuss introduction of solids and signs in this free downloadable resource. Whether you are providing your infant formula or breastmilk, looking for signs of readiness for solids is important as I do see many children ready for purees between 4 to 6 months (my son included). At 4.5 months, he was READY for purees and we wouldn’t have made it to 6 months because he was hungry for real food.

Remember, that if you do introduce purees between 4-6 months that formula and breastmilk are LARGELY predominating their nutrition and is offered before food.

Comment: This sounds like the creation of more “baby-friendly hospitals.” I’m cringing. I personally worry about this because a lot of staff at baby-friendly hospitals have swung completely the other way and have not supported formula-feeding families in their effort to be pro-breastfeeding. I have seen firsthand the shame and guilt placed on parents who want to provide formula either in conjunction with breastfeeding or as sole nutrition. I have an entire blog planned about my concerns with Baby-friendly hospitals being an IBCLC and working in them, but for now I feel that this recommendation will backfire for those parents who choose formula-feeding for their babies. And remember, we should be supporting ALL feeding choices based on their statements.

Recommendation: There are continued benefits from breastfeeding beyond 1 year, and up to 2 years especially in the mother. Long-term breastfeeding is associated with protections against diabetes, high blood pressure, and cancers of the breast and ovaries.

Comment: This new recommendation is more in line with those of the World Health Organization where they have been recommended continuation of breastfeeding for up to 2 years and beyond.

The AAP is not demanding people breastfeed until two in this country. They are asking for more support for those who do and systematic changes to encourage breastfeeding for those who CHOOSE to do it. As I’ve mentioned before, I have heard many caregivers who have been breastfeeding being told to stop by their pediatrician at one or that there is no need to breastfeed anymore. This policy statement will support these families who have felt ostracized for extended breastfeeding.

As for the benefits of the mother listed here, I truly believe that there are a lot of confounding variables to research studies to truly show that NOT breastfeeding was THE reason why these women had diabetes, high blood pressure, and cancers. There are many other lifestyle choices besides a woman’s decision to breastfeed that can be reasons they are lower risk or higher risk for these conditions. Again, listen to this podcast episode for more.

Recommendation: Addressing implicit bias, structural bias, and structural racism to eliminate disparities in breastfeeding and improve the health and well-being of all children and families.

Comment: Racism in healthcare is a reality and this policy statement is acknowledging it. Acknowledging it is one thing, but action is another. This will require implicit bias training for clinicians (IBCLCs and Pediatricians) and undoing years of implicit bias that some clinicians possess. I personally became an IBCLC to become more trained in lactation education and also add more diversity to the field and I continue to learn more about implicit bias. Part of this is understanding why a parent may choose not to breastfeed and being okay with that. My concern is forcing breastfeeding onto a family to increase rates of breastfeeding when it’s not what they want—and let me tell you: MANY parents don’t want to breastfeed out of choice. And that is okay!

Comment: I completely agree with this. However, more clinicians (IBCLCs and Pediatricians) need to understand this inclusive language so I hope this statement moves this conversation in the right direction.

Recommendation: Mothers who choose to breastfeed beyond the first year need support from their medical care providers, as well as protections against workplace barriers. Policies that protect breastfeeding, including universal paid maternity leave; the right of a woman to breastfeed in public; insurance coverage for lactation support and breast pumps; on-site child care; universal workplace break time with a clean, private location for expressing milk; the right to feed expressed milk; and the right to breastfeed in child care centers and lactation rooms in schools are all essential to supporting families in sustaining breastfeeding.

Comment: To be completely transparent, there are so many barriers to breastfeeding rates in this country that are not at the control of the caregiver (Not being able to breastfeed when a mother wants to is not failure on her part IN ANY WAY, it’s a failure of a system that can’t support her). Things like:

And so much more…

Being able to breastfeed AND do extended breastfeeding is a privilege in this country when it should be more accessible for those who want to.

I appreciate the policy statement and do believe it’s a step in the right protection to be more inclusive.

I will always be pro-breast/chest feeding.

I will always be pro-exclusive pumping.

I will always be pro-formula.

I will always be pro-extended breastfeeding.

However, I think we all can agree that a policy statement is just a start.

But, we truly need the systematic changes and undoing of biases from healthcare workers to truly see change in the way we educate about infant nutrition. 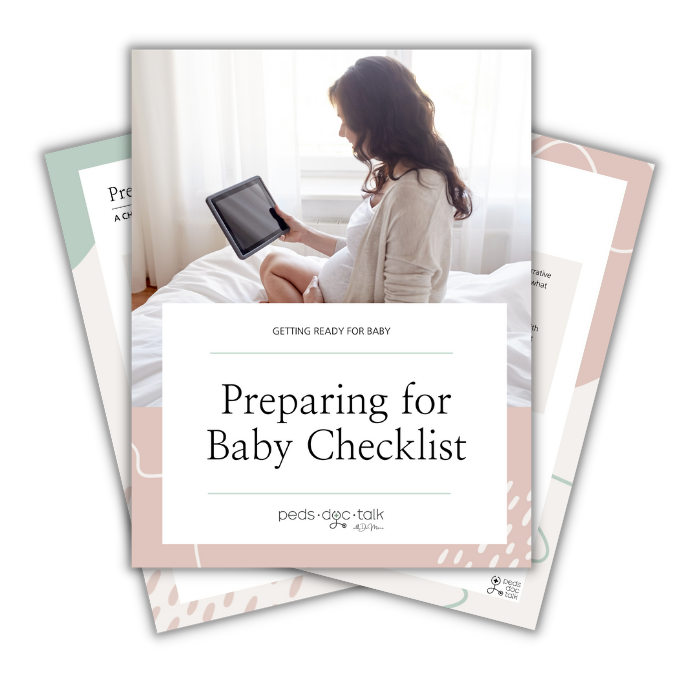